X
This site uses cookies to provide and improve your shopping experience. If you want to benefit from this improved service, please opt-in.
More Info
Accept Cookies
OUR SHOWROOM IS OPEN CLICK HERE
We Price Match ! Just Ask
Free UK Mainland Delivery On Orders Over £50 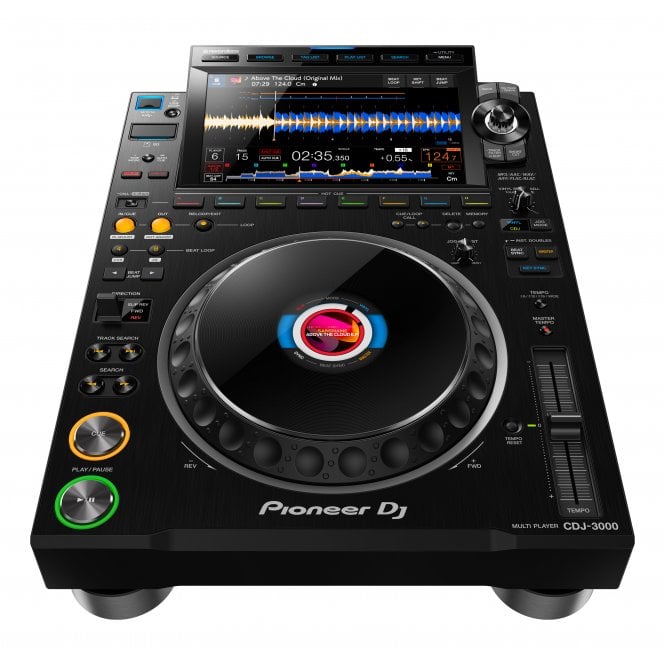 Well it has been a long time coming and there has been loads of chatter on the the internet and the all the questions can now ready to be answered as Pioneer Announce the next incarnation of what has become the industry standard if not industry legend, all hail the new CDJ-3000. But what does the next generation of CDJ have to offer and is it even a CDJ ?

So lets face facts Pioneer has dominated the DJ box for as long as we can remember and there will be generation of DJs that simply  have never known any other brand in the DJ box , yes there has been some serious contenders of late from the likes of Denon DJ and Rane and many others, but Pioneer still hold the the crown that is for sure . So with some much competition now in the arena Pioneer sure do have fight on their hands lets see if they still hold the crown and the crowd. And looking at the feature list below this surely is the King . Here at Phase one DJ store we are Pro Pioneer dealers and have this amazing new piece of kit on demo in store, so come and give it a test drive

The most advanced player we’ve ever made

When you’re performing, you need to know the decks can make your creative vision a reality and handle everything you throw at them. Pioneer designed the CDJ-3000 to do that and more.

The new MPU in the unit is the first they have ever put in a CDJ. It drives the unit, delivering stable performance and enabling advanced new features, and it works with the other parts of the player to create a smoother DJ experience. For example, you’ll notice that tracks and Hot Cues load faster than ever thanks to the capabilities of the MPU and Gigabit Ethernet connection. The CDJ-3000 is a rekordbox Hardware Unlock device too. So, to use Performance mode, all you need to do is to update to the latest version of the software, even if you’re using the Free subscription plan.

1 Not available in some regions.

*2 To use the CDJ-3000 with your iPhone, you’ll need a Lightning to USB3 Camera Adapter, available separately.