Well to say we have been providing Pro Sound and lighting for a while would be an understatement, Phase One has been a DJ shop based in the heart of the North East since 1981 and over the years we have certainly seen a lot of changes in the industry. When we started DJs had to play vinyl and the light bulb ruled and 100 watt slave amp was powerful enough to drive most gigs for your average sized party

So in 1981 Phase One was opened as a records shop and DJ supply store selling everything from a top 10  7inch vinyl to a light bulb or an audio cable. Back then most of the equipment was either made in the UK or home made by the DJs. Many DJs would make their own light boxes and even their own speaker cabs. Imagine there was no kit been imported from the likes of China, in fact the world was just a different place.  Many of the manufactures were uk based and some names are still on the go today like Citronic, Pulsar and Abstract to name a few but most of them now have changed how and where the kit is made. Many DJs used to use lighting screens that had coloured light bulbs and  connected them to a 4 channel controller that would make them flash to the beat of the music. As ever the technology only ever moved forward and eventually the moon flower light effect was born and at the fore front of that lighting effect was Abstract Lighting with their legendary Twister light. The concept was simple, a box with a bright lamp in it projected on a moving mirror, that moved in circular movement to the beat of the music. The twister light went on to have many upgrades, adding many features like gobos and colour wheels. Lighting effects went on from there to things like scanners and moving heads. To have a look at some retro disco lights there is a great resource on face book https://www.facebook.com/groups/441795145913684/ or just Google retro disco lighting and check out the images

Sound again was very different back then and many discos and DJs made their own cabs, and used slave amps to drive them. Most modern portable PA systems have amplifiers built in, making it very easy for mobile entertainers to get a great sound with very little technical knowledge. Back in the day to get a great sound you needed to use amps, crossovers and lot of separate bits to kit get a great sound and for the inexperienced person getting a great sound was a daunting task. But now with the modern PA system, amps are built in and EQ’d so the best sound for the cab can be produced, and with little experience most people would be able to set up a sound system and it would sound great. Some of today’s leading speaker brands like RCF, QSC and Electro Voice to name few, who have been making Pa systems for many years and have gained a lot of experience in sound science and they understand that its really is important to make it as easy as possible for the end users to able to create a great sound with their products.

It was not long before a lot of manufacturing was done overseas in the likes of China, but in the early days of this, it had to be said the stuff was not great, and a lot of lighting equipment made in china had a bad reputation, but they say if you practice enough you get good at something and today China will be producing most of the lighting effects made in the industry and some of the best. Most of the modern day disco lights and lighting effect do not use light bulbs to generate light, they now use LED which is great, but now at Phase One we don’t even stock spare light bulb and back in the day spare light bulb sales were very important to us, but we moved with the times and ventured in to other growth areas of business. The next step for Phase One was the internet and The Phase One web site was launched in 2004 www.djanddiscostuff.com . The internet was still new but we realised this was where business was going to be done. So with the internet and the LED leading the way a new era began. One idea we had here at Phase one was we needed to somehow be able to show customers on line the light effects working and video was the future and we thought this before youtube was launched and one of our 1st web sites had videos on there that we had to stored on a separate server to the web site its self to avoid a slow web site for user. That changed in 2005 with the creation of YOUTUBE and the Phase One YOUTUBE channel was born and is still going strong today. And can be found here https://www.youtube.com/user/Phase1djstore 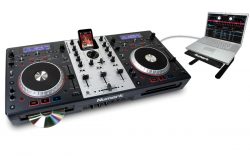 Another huge technical advancement was the birth of the compact disc, and believe it order not some DJs use to come in to our shop in the early 80s and say “i will never catch on “ . Well its fair to say in this instance the customer was wrong and it was not long before most DJs were using CDs as their chosen format. Companies like Pioneer DJ and Denon lead the way with DJ CD players that could had great features for DJs to use like Pitch bend and scratch. Who would of thought that today in 2019 the CD is nearly obsolete. And the main reason for this was the invention of the MP3 the late 90s. Mp3 promised to change everything in the music industry and to be fair it has. The way everyone buys music has changed beyond anything anyone could of anticipated and the DJ him/her self having to change format again. And with this DJ technology was on the move again. With DJs wanting to use laptops and USB we found the DJ equipment manufactures pushing the boundaries once again  and of course the market leaders were at the for front of this new tech . Pioneer DJ brought us the CDJ 2000 a player that played USB and played CDs and many others like Denon and Numark brought the midi controller to use with the new DJ softwares that began to appear from the likes virtual DJ, Traktor and Serato. Loads of new tech made this a very exciting time for DJs and they learnt new tricks and performance possibilities using the MP3.

As a company we have been around a long time and we have seen many changes, but one thing customer service has always been at the heart of the plan. Today Phase One has many customers based all over the UK that just keep returning. As well as the website we have also developed our store and in 2009 we moved the shop to a bigger venue allowing us to display and demonstrate more equipment than ever. Still based in Darlington county Durham and serving the North East area including Newcastle, Durham and Teesside. Phase one has loads of top brands and we are main dealers for the likes of Pioneer DJ, Denon, RCF, FBT, EV, QSC, Chauvet Lighting, LEDJ, Equinox, and American dj to name a few. We always to keep our pricing as competitive as possible and we are always happy to quote for bulk purchases. 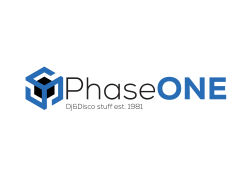